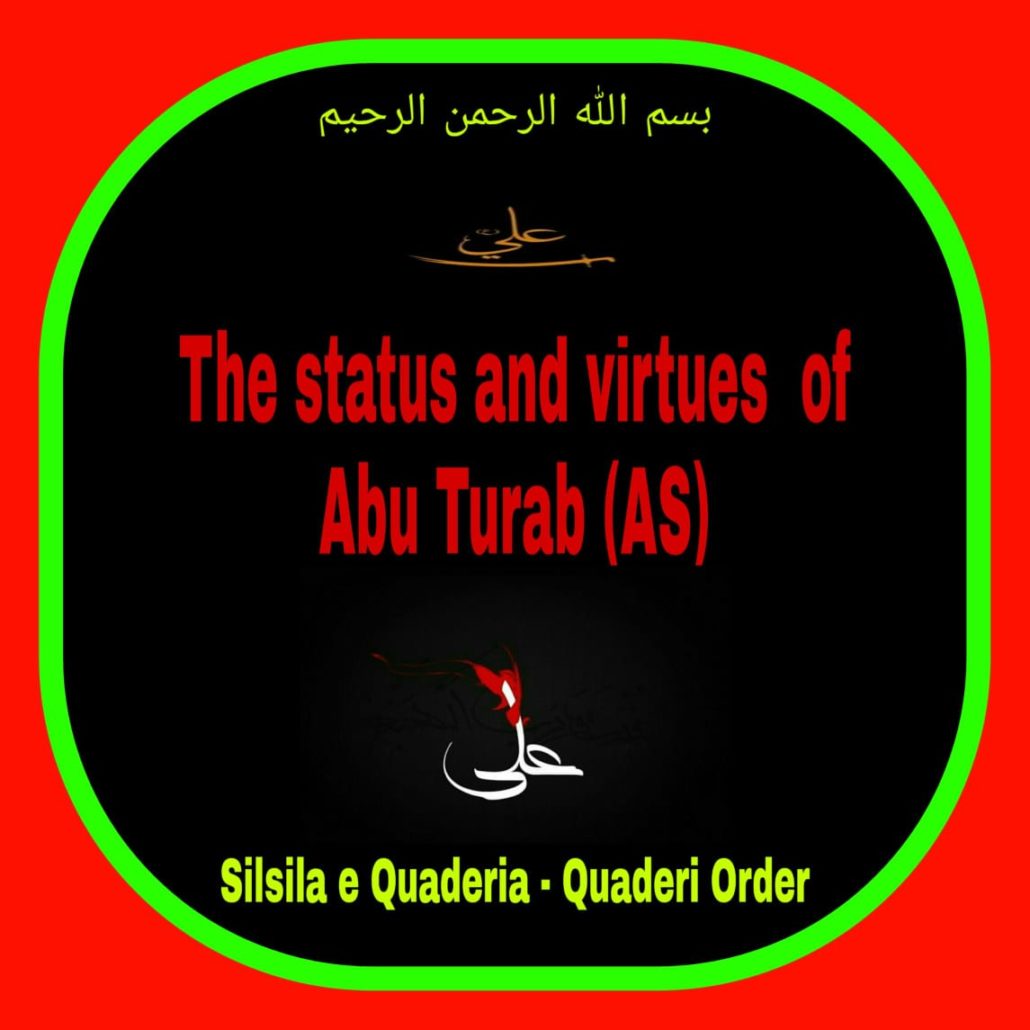 The status and virtues of Abu Turab (AS)

Allah chose His holy House, the Ka’ba as your place of birth,

Guiding mankind to recognise your rank, station and worth,

Allah adorned you with His own holy name, surely in this there is a sign,

Ali means the ever exalted, the supreme, the sublime,

Allah chose His beloved’s (SAW) abode as a home for you in your early days,

And He chose the Prophet (SAW) as your teacher to train you in Allah’s ways,

You grew up in the home that was at the center of revelation,

Where Jibreel and Michael would descend from the heavens to make frequent visitations,

The chiefs of Quraysh mocked the Prophet (SAW) when they were being invited to Islam,

You were steadfast in defending him and proclaiming your Iman,

Was it not you who lay in the Prophet’s bed during the attempted assassination?

Allowing the Prophet (SAW) to safely emigrate with little care for your own situation,

And when you were betrothed to Al Zahra (AS), so many a suitor burned with jealousy,

Did the Prophet (SAW) not say, “Loving you is a sign of true belief and disliking you a sign of hypocrisy”?

Your lineage is from Ibraheem (AS) and Ismail (AS), untainted, noble and pure,

Allah testifies, “I have purified you through a thorough purification,” so that any doubts would not endure,

Your supreme Lordship is well proven, there can be no questions on its clarity,

Allah testifies it in, “And he is your Wali who bows in prayer and gives in charity.”

The Quran would have remained incomplete if your Lordship was not made clear,

This is why the Prophet (SAW) was commanded to reaffirm it at Ghadeer,

None can challenge your knowledge, for did the Prophet (SAW) not say?

“I am the city of knowledge and Ali is its gate.”

Thus you are the light of all sainthood, the custodian of the secrets and the truth,

And every saint and spiritual order traces its origins back to you,

The Prophet (SAW) said that it is worship to look at your holy face,

And that you are to him what Aaron (AS) was to his brother Moses (AS),

You are the Lion of Allah, none can stand where you stood,

While others trembled in fear you defeated Amr ibn Al-Wud,

At Khaibar, many a standard bearer failed to bring victory,

The next day all were gathered and waiting expectantly,

Many were burning with envy, when the Prophet (SAW) proclaimed, “Call Ali!”

You single handedly dismantled the gates of Khaibar and brought victory,

When it came to the invocation of Allah’s curse against the Christians,

The Prophet (SAW) chose to take only you, al-Zahra (AS) and your two sons,

During the nightly ascent when the Prophet (SAW) was in Allah’s divine presence,

It was your hand that Allah chose from behind the veil to embrace His Beloved friend,

For all believers, you are unquestionably their Mowla and Wali,

There is no salvation on the day without you oh Ameer ul mu’mineen,

Kindness and compassion are but some of your virtues, yet glory is your garb,

You are the divider of heaven and hell oh Abu Turab,

You are the true successor of the Prophet (SAW), you are his rightful heir,

The weight of our innumerable sins, only your mighty shoulders can bear,

Your superiority over all others was a cause of much frustration,

None could defeat you in battle, so they attacked you while you were in prostration,

You are a fountain of mercy, no one can be as kind and compassionate as you,

Who else would offer his assassin a seat and give him drink and food?

The tyrants that followed cursed you in Friday sermons for many a decade,

Hoping that with time your legacy would eventually fade,

But how can these mere mortals tarnish your memory?

Oh Manifestor of wonders, whenever I am in trouble or in pain,

I stretch my hands out to the skies and invoke your holy name,

This slave loves you master, despite being a serial transgressor,

My only hope of passing judgment day is through you as my intercessor,

Please accept this foolish slave into the shade of your mercy and into your fold,

So that I may have the weightier of the two weighty things firmly in my hold.