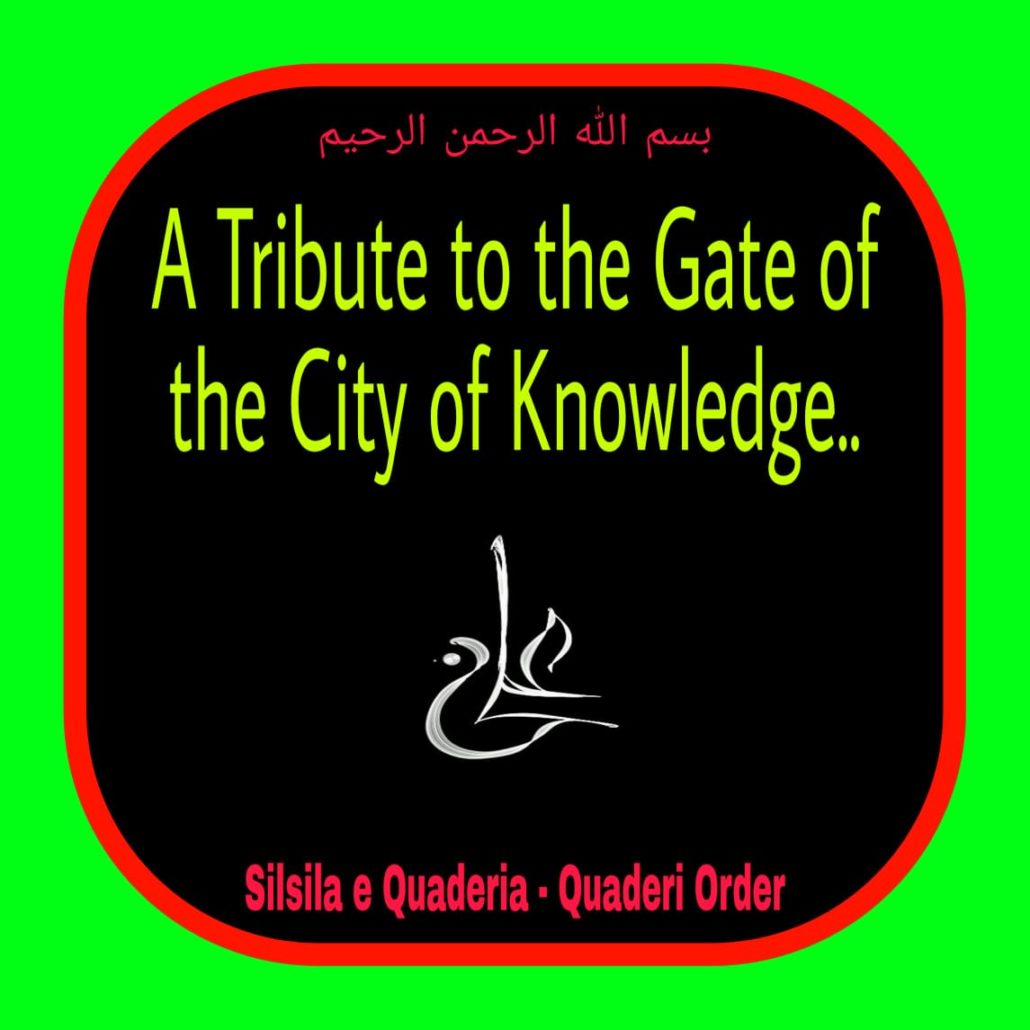 A Tribute to the Gate of the City of Knowledge

Oh Gate to the City of knowledge, Oh King of all the Saints,

They tried so hard to cause damage but your image they could never taint,

Oh he who refused to open his eyes so his first sight would be the Prophet’s face,

Over the centuries many have tried but the truth can never be erased,

Oh you who was under the Prophet’s cloak,oh you who grew up in his home,

The truth was the only thing you spoke, indeed you were true Heir to his throne,

The Prophet called on so many men, only you accepted his invitation,

Oh you who chose to lie in his bed, risking your own life,

Who else could have done what you did and still sleep in peace that night?

And what of the time when the Prophet himself, asked all to gather for him to speak,

It was at Ghadir-e-kum upon a hill, where he declared you Wali,

Oh bearer of the double-edged sword, was it not you He chose for Mubahala?

None can deny you are the Lion of the Lord, you are to believers, a sailor’s North Star.

And when a man put the Prophets honesty into question, you were the only one to unsheathe your sword,

The Prophet did stop you then but said you showed the Justice of the Lord.

And what of the time when you fought a man, purely for Allah’s cause and sake,

But refused to kill him for fear of a change of intention, as he spit on your holy face,

Have they forgotten when they pulled the arrow out, how you were experiencing tremendous pain,

But not an ounce when you were in salaat, with unparalleled devotion, the discomfort waned

Oh he who invited his assassin in as a guest and offered him food and drink,

Telling him to sit and rest, until it was proven that he had sinned,

Oh Giver of charity in the state of rukoo, oh true flag bearer of Islam,

I wish that I could perform Sujood and kiss the holy feet of my Imam,

How can I help but be broken, when questions of your status are raised?

Especially when the Prophet had spoken that it is worship to look upon your face.

These were indeed the words that were used,
By our beloved Prophet many years ago.

Surely there cannot be an Islam without Mowla Ali,

Oh Imam when the time comes that I cease to breathe,

When I am called to question for all of my deeds,

May I be recognised as a drop of water in the sea,

A drop of water in the sea of lovers of Imam Ali.