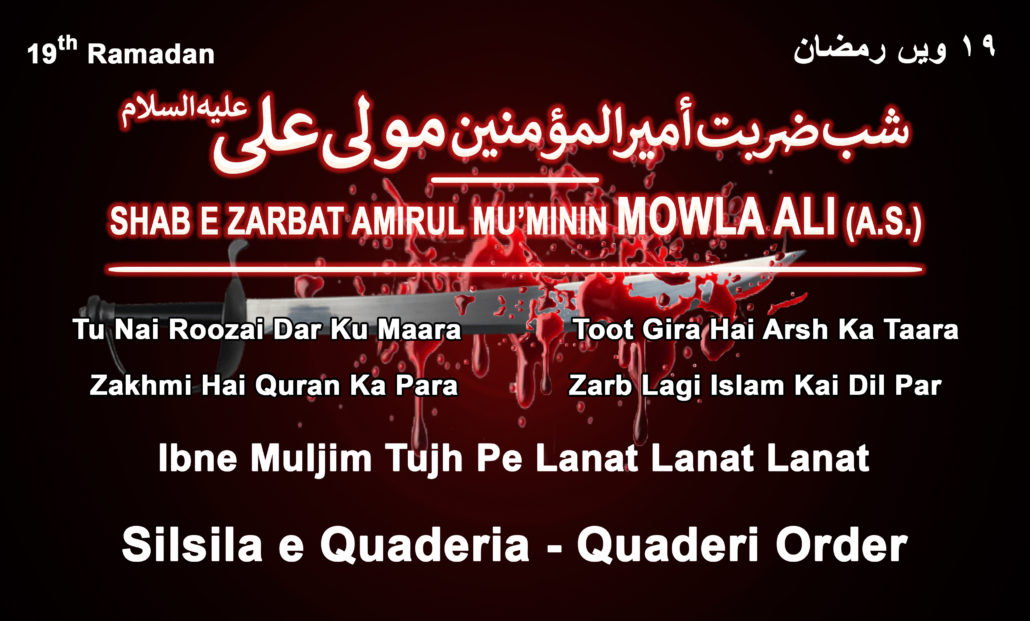 ” Quatama binte Akhanzar (Cursed) demanded such a dowry, the example of which was unheard of in Arabia and Outside Arabia. ” – (Tareekh e Islam)

Quatama (Cursed) was that beautiful woman in Arabia with whom Ibne Muljim (Cursed) had fallen in love with, and for the rightful measure of dowry for marriage, this wretched woman had demanded 3000 Ashrafis and the head of MOWLA ALI MURTAZA (pbuh) ; because MOWLA (pbuh) had landed the father (Cursed) and the brother (Cursed) of this wretced Quatama (Cursed) on the shores of death in a noble Islamic battle.

To settle the dowry of Quatama (Cursed), Ibne Muljim (Cursed) applied poison on his sword for up to a month, enough to kill the entire nation of Egypt, and at the end, on the 19th of Ramadan, he applied that on the HOLY HEAD of MOWLA E KAYANAT (Master of Creation) during prostration at the Fajr (Morning) Prayer at the Kufa Mosque.