Blog - Latest News
You are here: Home / Fundamentals / The Price of Rislat : The love for Ahle Bayt. 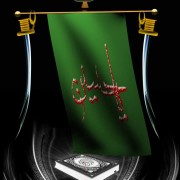 The Holy Month of Muharram has arrived, it is the time to reflect upon the greatest sacrifice that has been offered to uphold the truth . This month distinguishes the people who claim to love  the  Ahle Bayt from the ones who actually do .  There is  a treasure trove of evidence emphasizing the fundamental  requirement for this love in Islam. In fact an analysis of the following  ayah can be very enlightening .

Tafseer : As narrated by Hazrat Abdullah ibne Abbas(R.A) When this ayah was revealed, we asked Huzur (SAW) as to who are the” near kin “  who should be so loved. He answered: They are Ali (AS) , Fatima (AS),and their sons (Hasan(AS) and Hussain (AS)) [1][2]

In another instance when  a sahaba  asked the meaning of the phrase ” near kin “ in the aforesaid explanation, from Hazrat Abdullah ibne Abbas(R.A). Hazrat Saeed Ibne Zubair (R.A) interjected and stated that it would mean Al – e Muhammad(saw).[3]

It is very interesting to note at this point the Shaan-e-nuzul(circumstances under which the lines were revealed) of this ayah.

As narrated by Hazrat Abdullah Ibne Abbas that he heard few Ansars discussing   about the fact that they had offered shelter, food and wealth in the cause of Islam thus helping Huzur (SAWS) and other muhajirs in dire circumstances .They expressed pride about the point that they were the ones who had supported Huzur(SAWS) during that hour of need when he was compelled to migrate from his native place.  Hazrat Abdllah Ibne Abbas (R.A)was pained at their attitude and complained about such musings to Rasulullah (SAWS).  On hearing this Rasulullah(SAWS) approached them and tried to explain that in return for their wealth and other forms of support, they have obtained the priceless gift of Deen and other precious guidelines in form of tauheed- Oneness of Allah( denouncing of all the 360 deities which used to be worshipped prior to Huzur’s Tabligh), Imaan ,Kalma,,Quraan, Salat, Saum, Haj , Kaabah ,Sunnat, Zakat, Niyamat and Rehmat. They were at the door of Hell from where they have been rescued. The salvation that they have obtained from the darkness and the journey from waywardness to the path of spiritual purification is infinitely greater than any worldly support that they might have provided.

Hearing this the Ansaar felt penitent and offered to sacrifice all their possessions in the name of Rasulullah(SAWS) as a consideration for Risalat.

It was then that the aforementioned Ayah was revealed thus clarifying from Allah that discharging the duty of Risalat is such a deed that nothing of this world can be a recompense for it. The only acceptable one in the sight of Allah is unconditional love for Aal-Muhammad(SAWS ){progeny of Hazrat Muhammad (SAWS)}.

This ayah is clearly establishing an essential principle which can be very well understood by the considering the following case.

For instance  the edible  items ,available at the Grocery like Rice , Vegetables etc .are decreed as Halal  by itself . However , If someone steals these items , can its consumption be considered Halal? Of course Not , All Halal items must also be obtained through Halal means by paying its due.

Similarly,if one tries to obtain the benefits of the fruits of Risalat like offering salah ,observing fast and all other aforementioned duties without the love for Aal- e- Muhammad (SAWS), not only will it  be futile  in this world or hereafter, one will have indulged in a prohibited act. As,one who does not carry the unconditional love for Aal-e Muhammad (SAWS)in their hearts  is not entitled to reap the privileges that Huzur’s Risalat has to offer

In Fact , Offering Salat is not possible without Reciting Durood Sharif on Aal-e- Muhammad(SAWS) in the form of Durood –e – Ibrahim .

There is a Sahi Hadith , Narratted by Jaber Ibne Abdullah (R.A) , Huzur(SAW) said  “O People! He who carries even a trace of jealousy against my Ahle Bayt , will  be resurrected along with the Jews on the day of Judgment”

When Jaber Ibne Abdullah (R.A.)enquired whether the same end awaits for those who fall in the above category but offers Salah and observes Fast. Huzur(SAWS) Replied “Yes! Even then they would share the same fate” [7]

Allah’s love for Aal-e-Muhammad(SAWS) is to such a degree  that he has assured that all of them who love Aal-e- Muhammad (SAWS) will receive  Allah’s love in return.

Hadith Paak: “Verily I love my grandsons(Hasan(AS) and Hussain(AS)) therefore I seek your love for them and for all those who love them.”[5]

“Hussain is from Me and I am from Hussain and those who love Hussain is loved by Allah”.[6]

The love for Ahle Bayt has been made the very  foundation over which Islam is built , without it there is no Islam