Shahensha e Baghdad, Dastagir e Qainat, Gaus e Pak Hazrat Abu Mohammad Mohiuddin Sheikh Abdul Quadir Jilani Shai an Lillah (Alaihis Salam)  is admitted and accepted as ‘The Greatest Saint of All Times’. On Allah Subhan hu Ta’ala’s command when He announced,(Kadami Hazihi Ala Raqbati Kulli Waliullah } ‘My foot rests over the shoulders of all the Saints of Allah’. All the Saints, wherever they were had responded with Proxy admittance. On the reference Hazrat Khwaja Moinuddin Chisty Ajmeri (R.A)’s proxy on admittance is referred by the historians and todays Sheikhs.

His Holiness was The 11th descendant of Syedena Rasool e Akram Muhammad Mustafa (S.A.W.S), and the originator of the Quaderia Sufi Order.

Descendants of Huzur Syedena Gaus e Pak (A.S)’s traveled to different parts of the world and propagated the Quaderia Sufi Order enlightening the human souls to the righteous path.

Hazrat Syed Shah Abdullah Al Jeeli Al Quaderi Al Baghdadi (A.S), a descendant of Hazrat Syedena Shah Abdul Razzak (A.S), the second son of of Huzur Shahenshah e Baghdad Gaus e Pak also known for his piety and karamaat, came to Bengal, from the city of Hama in Syria in the year 1767 to spread the true spirit of Islam.

The magnificent landmark of Midnapur known as Jora Masjid in Mirza Mohalla is a place of blessings for everyone. Every year on as of Bengali Calendar 4th Falgun (16th/17th Feb) the Urs is celebrated with ever increasing scale as more and more people throng this centre of faiz o barkat (grace and blessings).

Ala Huzur Pak’s son Hazrat Syed Shah Murshed Ali Al Quaderi (AS) who is admitted and accepted as Maula Pak ornamented the Order further in Midnapore having set up a Khanka Sharif, a place of worship and congregation for the Muridaan and followers of Huzur Gaus e Pak. Years later He moved to Kolkata which was the then capital of India.

The location as on date has been re-christened as Khanka Sharif Lane where the holding number 22 today sparkles the Light of Huzur Gaus e Pak (A.S).After  Maula paak’s visaal e haq , His eligible son Hazrat Syed Shah Ershad Ali Al Quaderi (AS) who is stenciled the identity of Peer o Murshid Pak became the Sajjadanasheen; the Quaderia Order spread massively all over Bengal. Peer o MurshidPak’s beloved son and successor Hazrat Syed Shah Mustarshid Ali Al Quaderi (AS) was a yet another personification of greater education and spirituality.

The present ‘Sajjadanasheen’ (Mutawalli of the Tareequa), our  Aqa o Maula His Holiness, Hazrat Syed Shah Rashid Ali Al Quaderi Al Baghdadi, (Barhe Huzur Pak Qibla o Kaa’ba) is holder of the ‘ultimate form of gnosis’ as transcended throughout generations from Rasul e paak himself to all the deserving descendants. He has extended the divine light in the form of Tareequa e Quaderia to millions of mureeds and visitors who have been benefited in all possible manners.

This divine blessing also reaches the needy through his younger brother, His Holiness Syed Shah Rowaishad Ali Al Quaderi, also known as ‘Choto Huzur Pak Quebla’ and ‘Choto Huzur Pak’s ’ son His Holiness Syed Shah Yasoob Ali Al Quaderi, also known as ‘Shahzada Huzur Pak Quebla . It is their incessant contemplation and active participation through myriad interactions with the followers which has metamorphosed the lives bringing about moral and social upliftment in lives of  all souls in proximity of these divine souls .

By their grace and effort, more and more people have been able to experience the Quaderia blessings as more and more  Khanka Sharifs ,Madrasas and Mosques are being established all over Bengal while the Shrines and the existing Mosques are renovated to suit the requirements of the ever increasing  pilgrim population 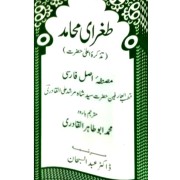 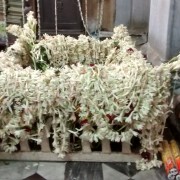 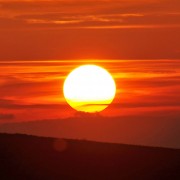